I hated my job. Not all the time. Not even most of the time. But there were moments - key moments - when I was sure that the position just wasn't for me.

I started my career in school administration as the Director of Admissions of a large Orthodox boys high school in New York. As the school had never had such a position previously, I cherished the challenge of creating the systems, processes, and protocols necessary to form a professional admissions office. I enjoyed planning the Open House, creating the marketing materials, interviewing the students, and thinking through the decisions with our Faculty Admissions Committee. The one thing I couldn't stand, though, was the sale. 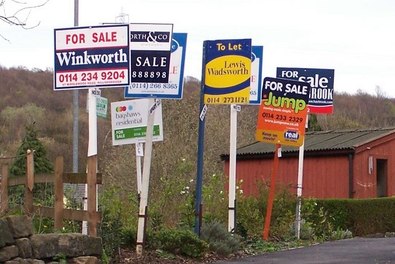 You see, for most of the students who came to this school there was at least one other school quite similar in mission and orientation to ours that was equidistant - or even closer - to their homes. So if the family had no prior history with our school, the decision often came down to the question of what makes us unique - or more precisely, why our unique elements justify passing up a local option for the longer trek to us.

I hated that question. Yes, we had a great school and one that was continuously getting better.Yes, we had elements that made us different than our competitors. But did those differences really justify an extra half an hour on a bus to and from school every day? Could they not get a wonderful education closer to home and benefit from the additional time to do work in the evening and to sleep in the morning? Would I have chosen it for my son, were I a prospective parent? Every time I made the case, these nagging doubts tore at me in the inside. It felt wrong. It felt dirty. I distinctly remember coming home one day and telling my wife that being a salesman just isn't for me.

As I now wrap up my tenure as the Head of School at Margolin Hebrew Academy in Memphis and reflect on what were seven wonderful and growth-filled years, I can't help but note the irony: so much of what I did, day in and day out, was sales. We did not have a Director of Admissions in the classic sense, and so recruitment became my responsibility. While I was blessed with a fantastic Early Childhood Director who helped me with the parents of our youngest students, the understanding in our Elementary and Upper Schools was that I would be the one on the front lines gathering applicants in and then I'd hand them off once they came in for a visit. Due to the fact that both our boys and girls high schools have dormitory programs, these recruitment efforts took me all over the continental US, sometimes for as long as a week at a time. Yet, never once did it feel wrong. Never once did I feel dirty selling our school. Quite the opposite was true. I relished the opportunity to get into the living room of a prospective family and tell them why they should send their child - not a few more miles away, but hundreds of miles away and not on a bus, but on a plane - to our school rather than the local options.

So what changed? Surely part of it was me and my new position. But a much bigger part of it was the value proposition. In New York I was selling a school whose differences were a mere hairbreadth away from that of its competitors: majority velvet yarmulkas versus majority kippot serugot, one rebbe for all of Judaic studies or several, five AP offerings or six, 40% of graduates to YU or 60%. For some families it was an all important hairbreadth. For many, though, it wasn't.

In Memphis, on the other hand, I was selling Jewish education. The difference between what our school could offer versus the alternatives were breathtaking. The issues at hand weren't what type of kippah would they wear but would they wear one at all; not how many different Judaic Studies teachers would they have but whether they'd ever have one again; not how many students were going to YU but whether they'd even know that Yeshiva University exists.

The power of this value proposition didn't only impact admissions. Time and again over the last seven years I've been approached by leaders of other schools who were dumbfounded by the amount of money we raised annually for our operational campaign, without a single fundraising professional on staff and without a single six-figure gift. Each time I explained that the reason is essentially twofold. First, there is an incredibly dedicated group of lay leaders who lead the effort and lead by example. But they'd be powerless without the second part: the value proposition. Much like admissions, a fundraising conversation about supporting a school because the Jewish future of a community depends on it is vastly different - and eminently easier - than a conversation about supporting a school because it offers 6 APs when the school down the road offers only 5.

I dare say that the value proposition factors significantly into our national tuition crisis as well. No, it won't make the cost of a Jewish education any cheaper. And, yes, the tuition crisis is being felt acutely in all communities regardless of location or size. Nonetheless, I believe parents may feel more willing and eager to sacrifice financially when they believe they are purchasing a product that is truly one of a kind.

So what does this mean for Jewish education in our larger communities? On the one hand, the availability of multiple schooling options creates competition, and competition keeps our schools from complacency and stagnation. On the other hand, as long as prospective families and donors believe that a similar education can be obtained by going down the block or another few exits on the highway, the sales pitch is going to suffer. The key, then, to bolstering our value-proposition seems multi-faceted. For some communities, consolidation of schools with similar missions, even across multiple campuses, may be something that requires serious consideration. For others, it may be time to genuinely step outside the proverbial box so that the educational experience offered by their local school becomes fundamentally different than that of its competitors.

Either way, all of our schools could benefit from asking the hard questions of "why do we exist?' or more precisely, "what void in Jewish education would be created were we to close tomorrow?" Honing in on the answer, and the implications thereof, may just make Jewish education easier for all of us to sell.