Faith in our Future?

Much as my engagement with teens over the past two weeks has strengthened my faith in our community's future, my interaction with adults in our community has, to some degree, shaken it.

It began a little over a week ago at the very same scholar-in-residence weekend referred to in Part 1. In a private conversation, someone mentioned to me that Darkhei Noam, the West Side's partnership minyan, was far and away the fastest growing shul in that area of Manhattan. When I asked why they thought that was so, someone with connections to Darkhei Noam answered with a syllogism so lewd I wouldn't dare repeat it. Suffice it to say, he believed that it was "rampant male misogyny" within the mainstream Modern Orthodox rabbinate that was pushing more and more young adults toward the world of "halakhic egal." While my perception differed from his, it wasn't our analyses of the issue that struck me nearly as much as the choice of words and tone with which he expressed it.

I visited two Modern Orthodox shuls this past Shabbos in a different community and was no less disheartened by the tone and substance of what I heard there. In one, I heard the shul rabbi give a lengthy derasha on how Chanukah symbolizes the "light of Torah eradicating the darkness of every generations 'isms' - Hellenism, Socialism, Communism, Zionism, and Feminism." In the second, a well respected lay leader told me how he had heard a good shmooze earlier in the week by a respected rabbi on the "woman rabbi garbage."

It goes without saying that each of these people are entitled to their own views. No people in history have argued with each other more than we have, and there is no reason to stop now. It's the nature of the discourse, however, that concerns me: it's the sweeping generalizations and the defamations, the irresponsible labeling and the callous finger pointing. It's calling our rabbanim misogynists, our feminists Hellenists, and those we perceive as pushing the envelope too far as "garbage." All of it by respected leaders of our community, all of it aimed at others who similarly identify as halakha-abiding, God-seeking, Modern Orthodox Jews.

And while this sentiment may have been particularly acute in these three anecdotes, readers of Orthodox blogs and social media, consumers of Jewish media, and participants in Shabbos meal conversations across the country, know that it's unfortunately representative of a far larger and far more menacing reality. There is a rift erupting within our community and with each careless word, with each hurtful slur, the chasm opens wider. In fact, one of the most precious gifts our mesorah can offer the deeply fractious, highly acerbic, and increasingly polarized world we live in today is a lesson in the art of dignified disagreement. But instead of leading, we seem to be following. 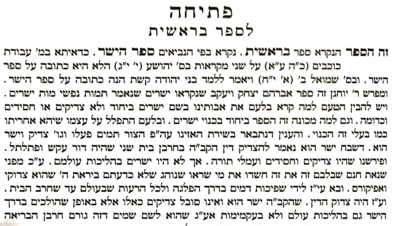 Rabbi Naftali Tzvi Yehuda Berlin (1816-1893), who sat at the helm of the world's largest yeshiva for much of the second half of the 19th century, suggested that we lived through something similar once before. In his introduction to Sefer Bereishit and in his commentary on Parshat Ha'azinu he writes that the generation which witnessed the destruction of the second Beit Ha-Mikdash was largely composed of people who were "righteous, pious, and deeply engaged in Torah study." However, their failures in the arena of interpersonal ethics and conduct led them "to suspect those whom they saw practicing the fear of God in a manner different from their own as Sadducees and heretics." Such suspicions ultimately led to bloodshed which left God no choice but to mete out punishment. For "the Holy One Blessed Be He has no patience for tzadikim such as these," writes the Netziv, "...even if they act for the sake of Heaven, for such destroys the [very fabric of] creation."

No one is suggesting that our current war of words will lead to bloodshed or to anything remotely close. But what once destroyed our sense of community and camaraderie, threatens to do so again.

These aren't the only voices in our community, though.

A few weeks ago I heard Rabbi Dr. Abraham J. Twerski point out to a group of Modern Orthodox shul-goers that the Zohar in Parshat Vayeshev (185b) suggests that the deception of Yaakov by his sons following the sale of Yosef was punishment for Yaakov's own deception of his father Yitzchak years before. Yet the Zohar contends that Yaakov's decision to actively acquire the rights to the bechorah and to his father's berachah was the correct one. It was the means, rather than the end, for which he was faulted. It was not the stand that he took or the cause that he fought for which caused God's ire, but rather the lack of sensitivity and care which he took in pursuing it. Dr. Twerski continued by citing other similar examples in Chazal and exhorting the crowd to be as punctilious in keeping "glatt yashar" as they are in keeping "glatt kasher."

The recent exchange regarding Yoatzot Halacha on Cross-Currents is another good example of the type of conversations we so desperately need. Beginning with Yitzchok Adlerstein's posting of Shoshana Jaskoll's article and his response thereto, to Tova Sinensky's careful counterpoint,and then to Rabbi Adlerstein's subsequent reflection, the discussion was passionate and the opinions were diverse, there was substance and nuance and - above all - there was a tone of respect and sensitivity that underlied it all. Yet, Rabbi Adlerstein ended the exchange by referring to the "strident"responses of readers bent on "imputing"to the authors "all kinds of nefarious objectives,"which he described as "abusive."

We - the entirety of the Orthodox community - can do better.

The Gemara in Eruvin (13b) tells us that after three years of vigorous debate between Beit Hillel and Beit Shammai, a voice came down from Heaven declaring that both sides were right. The halakha, however, was to follow Beit Hillel. Not because they were smarter, frummer, shouted louder, or degraded their opponent further, but

To the Netziv, the stories of Sefer Bereishit are meant to highlight the exceptional yashrut - interpersonal sensitivity and morality - of our forefathers. As we head into Bereishit's final chapters over the coming weeks, let's challenge each other to draw inspiration from those who have set examples for us in this arena in the past, and from those who continue to show us the way in the present.

Doing so may help us all to restore the faith in our community's future.