An Open Letter to Donald Sterling

I wanted to tell you about two things that happened recently in our Orthodox Jewish Day School here in Memphis, Tennessee. 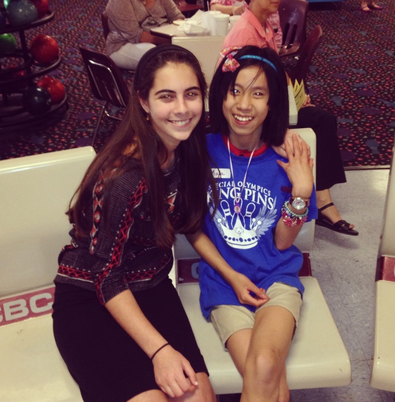 Last week, our girls attended the closing awards ceremony for the local Special Olympics bowling league where they received a plaque for being one of two schools in the region who brought the most volunteers to their program this year. That’s pretty impressive when you consider that we only have thirty-three girls in our entire high school! You see, thanks to the efforts of several of our outstanding high school faculty – and one outstanding high school student - one half of our school went each and every week all year long to assist, cheer, talk to, and befriend the developmentally, and often physically, disabled children and adults in the league. 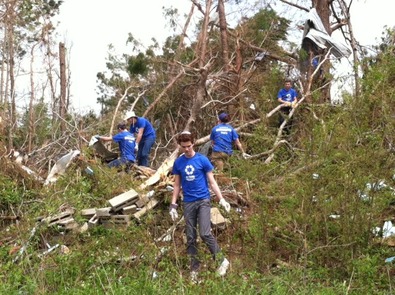 Earlier this week, our 11th and 12th grade boys spent the day down in Tupelo, Mississippi. As I’m sure they reported on the news out in LA, a series of terrible storms laden with tornadoes hit the Mid-South two weeks ago. Under the direction, again, of our high school staff, our boys mobilized to assist in the recovery efforts. They joined a national Jewish disaster relief organization called Nechama and spent a brutally hot day salvaging wreckage from a chicken farm so that the farm’s owner could sell the materials and make up at least a small portion of what he lost.

Mr. Sterling, I wanted you know that I have no idea whether any of the Special Olympics athletes our students assisted all year were Jewish. We didn't check. I also wanted to let you know that we knew full well that wherever it was that our boys landed up helping in Tupelo it wouldn't be for another Jew. In fact, the chances were good that they’d be assisting people who had never seriously interacted with Jews ever before. And that’s part of why we went.

You see, while you were busy telling the world on Monday that “Jews, when they get successful, they will help their people” and denigrating the African American population in the process, our kids were proving you wrong. Because if by “successful” you meant rich, which I assume you did, our kids proved such isn’t true. Jews who understand and live the Torah’s values don’t wait to strike it rich before extending a helping hand. And if by “help their people” you meant that they focus their benevolence exclusively on their own – a suggestion you made quite explicit in the rest of your comments – again, our kids showed that such certainly isn't the case.

Yes, it’s true, that throughout the Middle Ages and into the Modern Period the Jewish community developed an elaborate system of self-help organizations and benevolent societies to support the less fortunate in our own communities. And yes, it’s true, that when there is equal need within our community and beyond it, Jewish Law mandates that we take care of our own first. But it’s also true that the Jewish community’s inward focus through the years resulted largely from the fact that no one else in the world would lift a hand on our behalf. When we were excluded, oppressed, publicly denigrated – refused access to public venues and institutions – we had no choice but to take care of our own.

Today we continue to do so, but today we have additional opportunities we never had before. Today we can fulfill not only the mitzvah of chesed (charity and kindness) in unprecedented fashion, but we can fulfill the equally important mitzvah of kiddush Hashem (sanctifying God’s name), in ways our ancestors never could have imagined. So it’s ironic, then, that at the very same time that you were desecrating God’s name by showing Anderson Cooper the kind of person you really are, our boys were shaking the hand of a Christian chicken farmer who told them that the work they did for him and his family that day showed him “what kind of people they really are.”

It’s just too bad that later that night our boys came home and watched you on national TV rather than you watching them. You might be older than them and wealthier than they’ll ever be, but I think there’s a lot you could learn from our kids about what being a Jew really means.